Closing out this year with a sensational guest: poet, Nick Carbó!  Listen to this episode and discover how Nick's Filipino American literature and poetry anthologies helped catapult Filipino-American poetics.  Find out what he's been up to and listen to him read some of his poems! 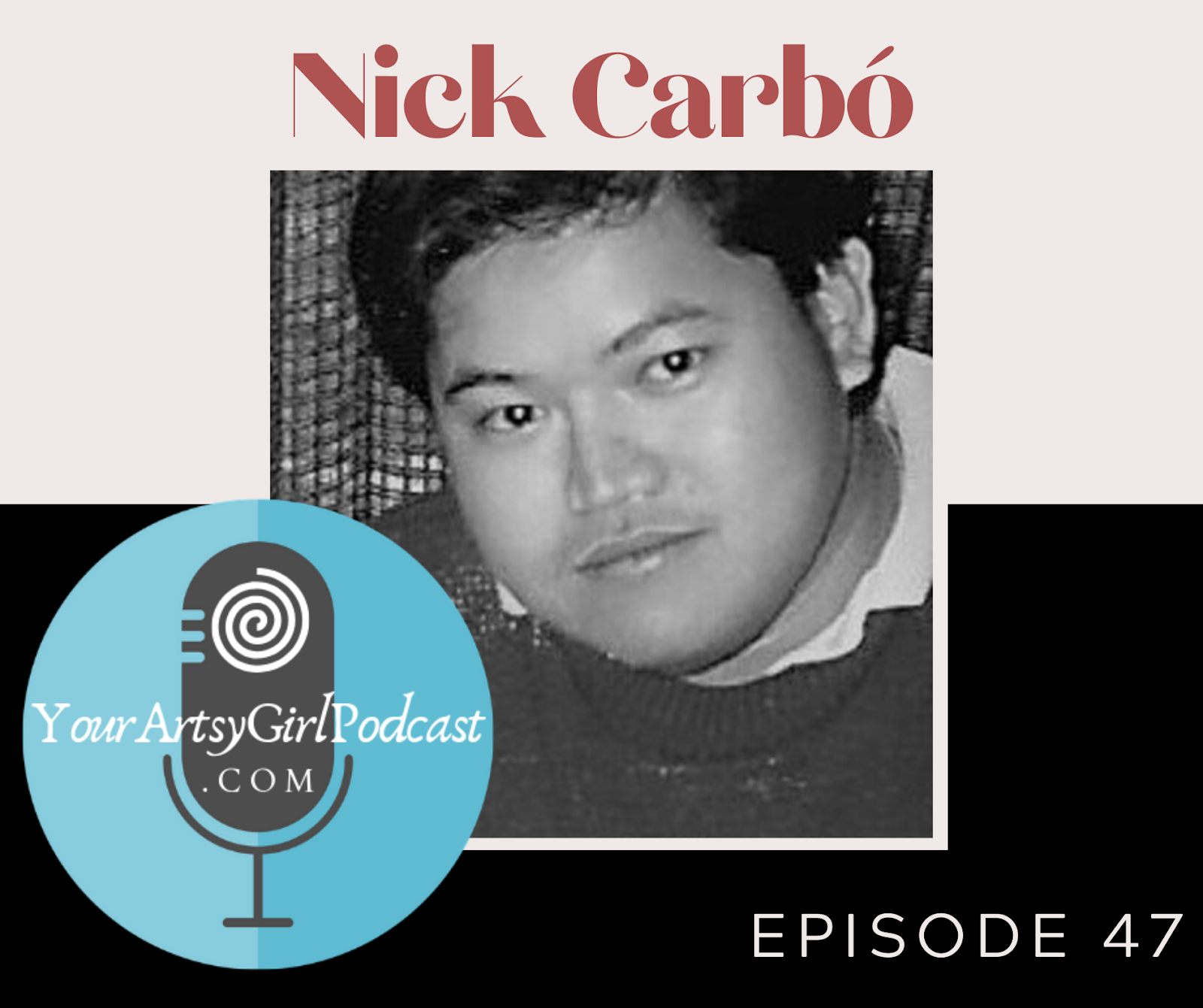 The screaming woman on the other side
Of our tall black gate
Would have thrown a rock at me
My maid, Rosita, sheltered me from the insults—

Something about my being
Retarded and full of worms

The woman nudged her son forward.
Blue shorts, clean t-shirt, rubber slippers.
She said her little boy was the one
Who should have been adopted, he was healthy.
He looked about my age, four or five.
We were both silent.
“I want to see the Mr. and the Mrs.,
they are making a big mistake!”

Rosita bolted the gate, took me by the hand—
“those are bad people, don’t listen to them!”
I felt the crisp whiteness of her skirt all the way across
The garden back to our house.
------------------
The next poem was recently scrolled on the big screen in the big U2 and Bono's Joshua Tree concert in Manila in December 2019. They might use the poem in some video in the future.

DIRECTIONS TO MY IMAGINARY CHILDHOOD

If you stand on the corner
Of Mabini Street and Legazpi Avenue,
Wait for an orchid colored mini-bus
With seven oblong doors,
Open the fourth door—

An oscillating electric fan
Will be driving, tell her to proceed
To the Escolta diamond district—
You will pass Maneng Virays bar,
La isla de los ladrones book shop,
The Frederick Funston fish sauce factory,
And as you turn left into Calle de los recuerdos,
You will see Breto, Bataille, and Camus
Seated around a card table playing
Abecedarian dominoes—

Roll down your window and ask
Them if Mr. Florante and Miss Laura
Are home, if the answer is yes,
Then proceed to Noli Me Tangere Park,
And wait for a nun named Maria Clara—

If the answer is “je ne sais pas!” then turn
Right into the parking lot of Sikatuna’s
Supermarket to buy a basketful
Of lanzones fruit, then get back
To Calle de los Recuerdos until you reach
The part that’s lined with tungsten-red
Juan Tamad trees, on the right will be
A house with an acknowledgements page
And and index, open the door and enter
The page and look me in the eye.

Bio: On the day Nick Carbó (kar-boh) was born on October 10, 1964 in a village beside the sea in the Philippines, the number one song was “Oh Pretty Woman” by Roy Orbison. One can imagine that riff (cue in Da-na-na, na-na, da-na-na, na-na)
following him the rest of his life after being born to a poor peasant family and quickly improving his lot in life when he was adopted by a well-to-do Spanish/Filipino couple at around fifteen months old. Yes, there would be pretty women walking in and out of his life with the first being his adopted mother Sophie who was half Greek and half Filipino/Spanish.