Nick Flynn agreed to come on YourArtsyGirlPodcast, so I got a chance to pick his brains a little! We talk about his upbringing, the production of his film, "Being Flynn" that was based on his famed memoir "Another Bullshit Night in Suck City", some of his writing process, his new work, as well as hear him answer a question posed by one of my listeners, P.K. Harmon out in Guam. 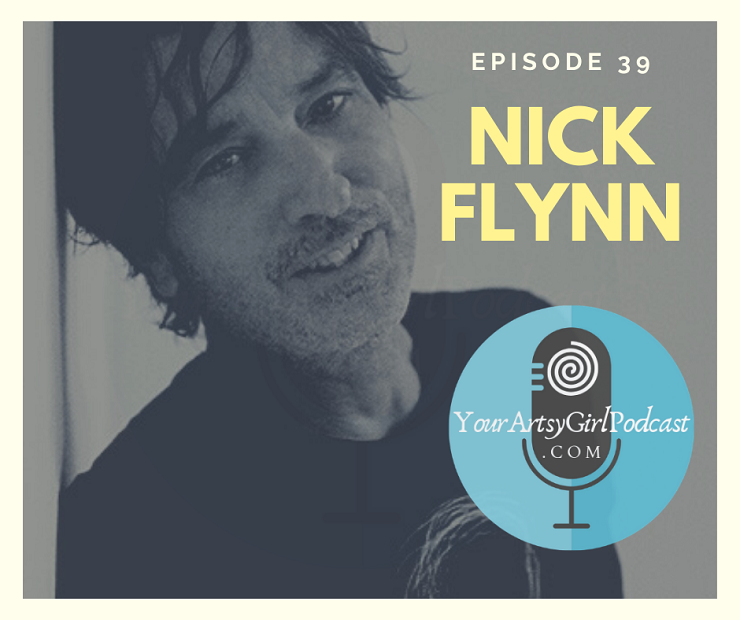 Bio:  Nick Flynn has worked as a ship's captain, an electrician, and as a case-worker with homeless adults.  He is the author of twelve books, including the New York Times best-selling memoir "Another Bullshit Night in Suck City".  His most recent book is "I Will Destroy You" (Graywolf, 2019).  He has received fellowships from (among other organizations): The Guggenheim Foundation, The Fine Arts Work Center, and The Library of Congress.  His work has won two PEN prizes, been a finalist for France's Prix Femina, and has been translated into fifteen languages. Some of the venues his poems, essays, and non-fiction have appeared in include The New Yorker, The Paris Review, and the National Public Radio's "this American Life".  Since 2004, he has spent each spring in residence at the University of Houston, where is a professor on the Creative Writing faculty.