This week, I will take you to the small island of Guam where Dr. Irena Kečkeš works and lives.  She teaches Fine Arts at the University of Guam and is a master printmaker who creates and exhibits internationally.  Listen to her explain her illustrious career and her adventurous journey in keeping true to her art and why it is important for her to connect with her art community all over the world. 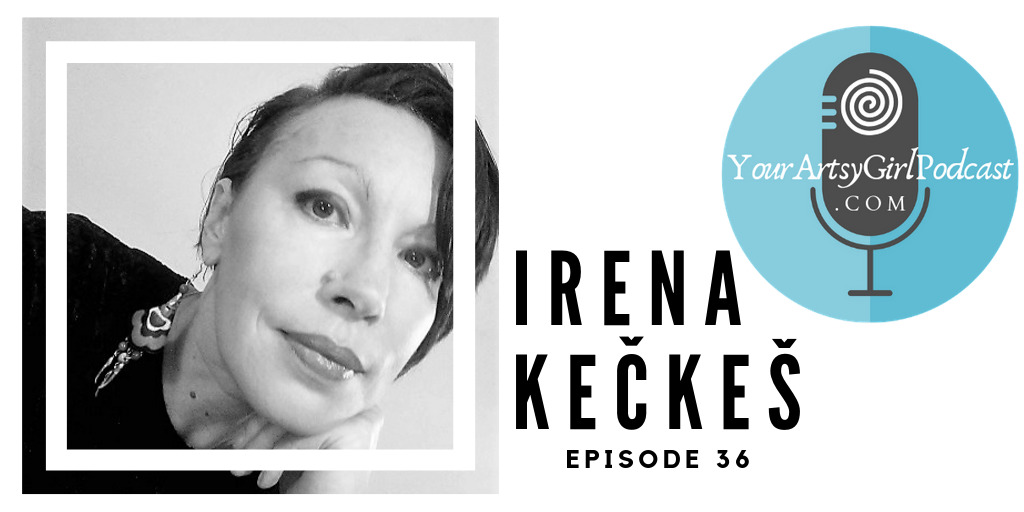 Living and working in diverse artistic and scholarly environments in Europe, Japan, USA, New Zealand, and more recently Guam, has shaped my approach to art making and thinking. My main artistic practice is printmaking. I employ both Eastern and Western print methods, placing an equal importance on concepts and technologies. My art research has been informed by ecologically responsive, and expanded forms of contemporary print, as well aspects of phenomenology, deep ecology, and Buddhist practice and philosophy. While using one of the oldest printmaking methods, woodblock printing, my practice has moved towards what may be called an extended field of print; my large-scale woodcuts are often placed alongside the three-dimensional objects – carved wooden plates. More recently I have been printing on diverse material: from translucent tracing papers (woodcut print installation “Polyphonic”, 2017), to plastic and Mylar sheets, to various fabrics. I also collaborate with other artists in making a print installations, such as was the project “Bonding”, a large print installation made of woodcuts and linocuts on fabric, exhibited in Spain during the Impact 10 international printmaking conference in 2018. Merging intellectual and physical acts of making, exploring embodied ways of knowing, and mind-body interrelations have been key components of my artistic query.

My PhD study, completed in 2015, investigated forms of contemporary printmaking, its relationships with aspects of Buddhism, and more. It explored if and how a Buddhist notion of interconnectedness may inform ecologically mindful printmaking. Likewise, the cycle of my works titled “Black Prints” (2015) explored the process of carving as a meditative practice. This approach remains present in most of my work, today as well. In creating my prints, an equal importance has been placed on concepts, on technologies and on blending art with craft, and body with mind. 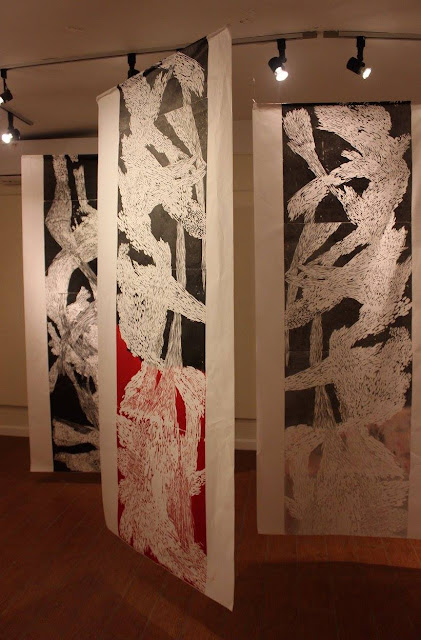 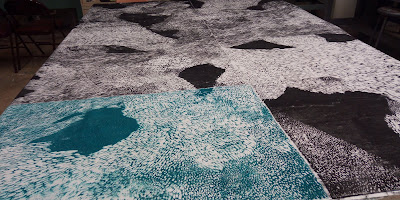 Irena Kečkeš received PhD in Fine Arts from the University of Auckland, New Zealand (2015), MFA in printmaking from Tokyo University of the Arts, Japan (2005) and BA in art education, Academy of Fine Arts, University of Zagreb, Croatia (2000). Integrating theory and practice has been a key element to her research through which she has been exploring connections between eco-Buddhism and printmaking, extended forms of print and art/craft relationship. Her practice involves large-scale monochrome woodcuts and print installations. Irena’s artwork has been exhibited internationally in many group and independent exhibitions. She presented at several international printmaking conferences including IMPACT 10 international printmaking conference in Santander, Spain (2018), SGCI 2016 in Portland USA, IMPACT 9 in China (2015), IMPACT 8 in Scotland (2013), 3rd IMC in Hawaii (2017) and 2nd IMC in Tokyo, Japan (2014). She will next participate in SGCI 2020, in Puerto Rico. Since 2015, Irena is an Associate Professor of Art at College of Liberal Arts and Social Sciences at University of Guam.