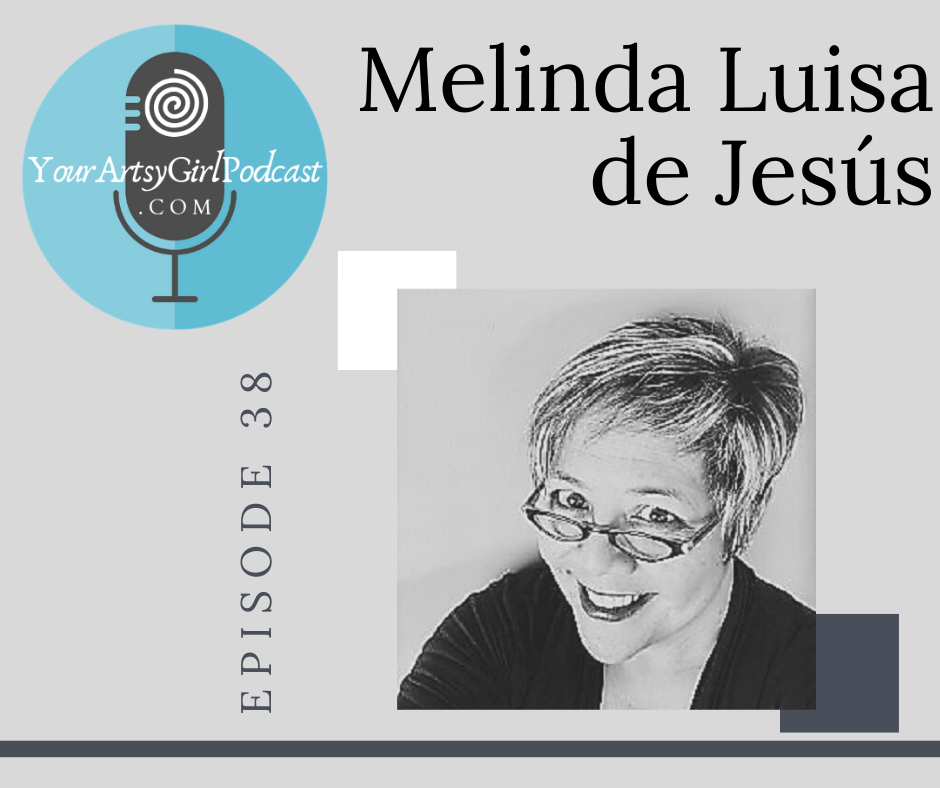 Dr. Melinda Luisa de Jesús is definitely a Renaissance woman! She is a scholar, a classical singer, a poet, & a visual artist. Listen to her discuss her journey into creativity through her earlier beginnings as a classically trained mezzo-soprano, and as a feminist scholar, it wasn't until she found her voice in poetry with various publications to her first poetry collection "peminology", did her world open up even more to include visual arts in her artistic and intellectual repertoire. In honor of International Women’s Day, Paloma Press is proud to announce the release of PEMINOLOGY, a first poetry collection by Melinda Luisa de Jesús, a feminist of color who teaches and writes about critical race theory, girlhood and monsters, and believes, “as did the ancients, that a poem can change the world.”

Jealousy
1.
Wanting to be blonde-haired, blue-eyed,
small-boned and delicate
ivory-complexioned, sweet and ladylike
a fairy princess,
or green-eyed and red-haired
like a mermaid
Anything but brown-skinned
brown-eyed
black-haired
loud
big
fat
different.

2.
I love your poems
I hate your poems
I want to lick them,
chew the paper they’re on
savor each line
then
swallow them whole
make them mine.

Advance words:
“Melinda Luisa de Jesús’s debut collection of poems comes from a space of longing, rebellion, grief, love, poetics and politics. Bold, unafraid and uncompromising, peminology carves out a space for de Jesús’ vision and her generation of Filipinas in immigrant America. She speaks in multiple voices and registers, as a daughter, to a daughter, as a mother, to a mother, as a storyteller, dredging up a past and confronting fiercely the present. peminology is poetic auto ethnography. It must be read. It must be heard. It must be listened to. This is Asian-America. This is post-Trump’s America. This is the America we live in.”
—Reshmi Dutt-Ballerstadt, author of The Postcolonial Citizen: The Intellectual Migrant

“peminology is bold, raw, and honest. Weaving between past and present, de Jesús creates a narrative of traumas that connect girlhood to womanhood. Charting the intersections of racial and feminist awakenings, these poems offer avenues for shame and rage to become strength and resistance. “The Tractor,” “Patriarchy,” and “Imagine That” are but a few examples of the timely critiques—anthems, even—that de Jesús situates amidst her chronology of oppression and opposition. Her experimentation with form, including the hay(na)ku, the hay(na)ku sentence, and the pantoum, interrupts Western poetic conventions as much as the language and imagery itself. The stand out poem—“Bellies”— followed by “Pantoum for Eloisa,” explores the heartbreaking complexities of brown women negotiating motherhood and white imperialism. This collection will leave you simultaneously heartbroken and empowered, ready to rise out of your seat to demand recognition, and sit down with your child to nurture self-love. A must-read for 2018.” —Linda Pierce Allen, co-editor of Global Crossroads: A World Literature Reader and Questions of Identity: Complicating Race in American Literary History

In Spring 2019 Melinda was the Muriel Gold Senior Visiting Professor at the Institute for Gender, Sexuality and Feminist Studies at McGill University in Montreal, Canada where she organized the Pinay Power II: Celebrating Peminisms in the Diaspora conference (see pinaypower.ca for more info).

She is a mezzo-soprano, a mom, an Aquarian, and admits an obsession with Hello Kitty. More info: http://peminist.com
Twitter: @peminology