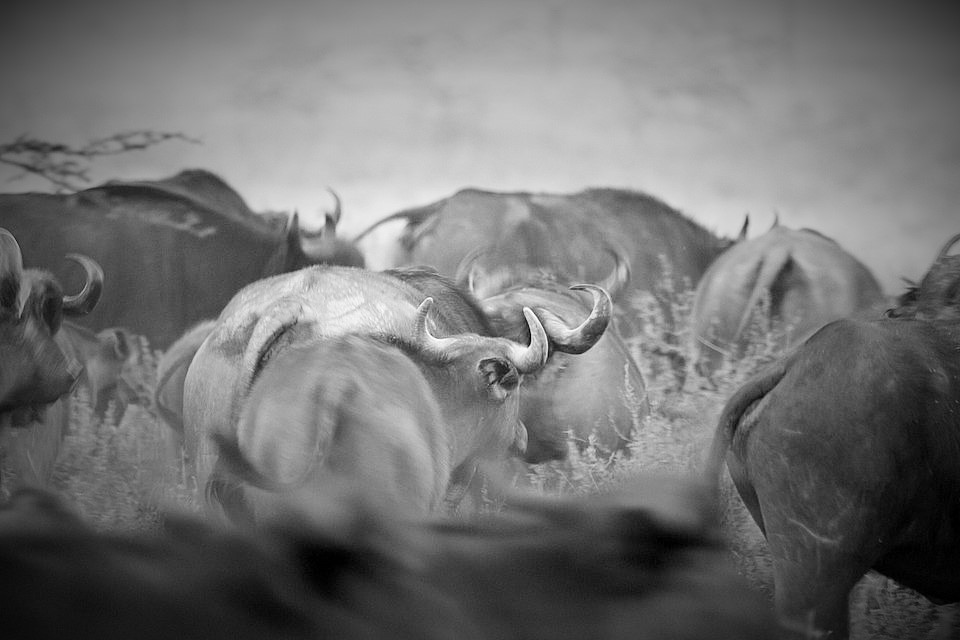 This flash fiction by Cristina Querrer was originally published in The Milo Review.

Mount Pinatubo jutted its colossal body above the jungle, vacantly looking down and snorting at the mortals in hedonistic Angeles City, Philippines. Passengers in a jeepney witnessed a bar girl running topless down the street, chasing after some overweight foreigner.

The Australian looked back at her smiling as he trotted along flattered by her pursuit.

Still, even in the ‘80s, strings of them lined up and down prostitute alley, these exotic gems of South China Sea, as the men liked to call them. Some leaned in the door frames of their establishments in their stacked heels and hot pants, some smoking a cigarette, some not. A Filipina teenager—a bar girl—sat on a GI‘s lap at a table outside one of the cabarets. Silhouettes of naked women danced in front of windows; discos’ bright neon lights flashed above street vendors selling beer and barbecue beef on a stick. Typical scenes that played out till morning that stumbled into the next day and yet another night.

The jeepney stopped at the check-point outside the gate. Passengers exited one by one. Two of those passengers were 16-year-old girls, daughters of U.S. Air Force service members stationed at Clark Air Force Base.

“Do you think you‘ll see Ted there?”

“How about you and Quincy?”

Third Eye was one of the discos off base that the American teenagers frequented. It was nearly 98 degrees that night and outside the club, gangling teenagers lined up to get in. The boys wore their muscle shirts and parachute pants; most of the girls wore mini-skirts, chartreuse tops, and big hair.

Liz's father was clearly inebriated, could barely stand up. A prostitute struggled to lean him up on the wall.

“Let's hurry up before he sees us!”

They both rush into Third Eye, brusquely cutting in front of people.

“What do you want to drink?”

“Huh?” Liz asked, trying to decipher what Char said over the blaring music.

“What do you want to drink?” Char shouted.

Char flagged down a waitress.

The waitress scurried along, weaving in and out of a sea of teenagers.

“Don't worry about it, Liz, let's have a good time anyway, fuck that!”

“Who knows, probably fucked up, too!”

“Yeah. Hey, remember that time my Dad tried to burn me with that lighter when he was fucked up because he found out that Quincy was black, and I ran straight to your house?”

Char chuckled, and then looked away, bobbing her head to the music as she took one big swig of her beer that the waitress just brought over.

“Oh, my God, Liz, is that Quincy?” Char pointed as she gripped Liz's arm.

“Who's he dancing with?”

“That punk-ass bastard! He told me he couldn't hang out tonight!”

“Nothing but assholes,” Liz said as she took a swig of her beer, looking away, bobbing her head to the music.

*******
Cristina Querrer received her MFA in Creative Writing from National University. Her work has appeared in The Adirondack Review, The Fairfield Review, Stirring, and in print anthologies Pinoy Poetics, Bombshells, The Mom Egg, and Field of Mirrors. Her poetry chapbook, “The Art of Exporting”, was published by dancing girl press in 2012.