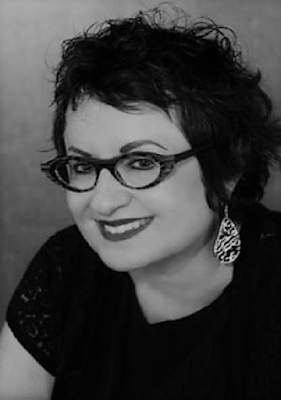 Susana reads from her book:
https://www.youtube.com/watch?v=ZIyObZ_PToo The poems in this collection are inspired by the ways in which gender (and sometimes other divisions) creates opportunities for both victimization and survival. A theme woven throughout is the tension between being objectified and being human. There are three sections. The first section is organized around the idea of the stereotype of the living doll, and rebellion against that concept. The middle section, an ekphrastic section, is inspired by the life and the nutshell studies, crime model constructions, of Frances Glessner Lee, "mother of modern forensics," and includes some black and white images that are in the public domain. The third section, which includes the title poem, focuses more fully on the negative effects of objectified existences.

Bio: Susana H. Case is the author of seven books of poetry. Drugstore Blue, from Five Oaks Press, won an Independent Publisher Book Award (IPPY). She is also the author of five chapbooks, two of which won poetry prizes. Her most recent chapbook is Body Falling, Sunday Morning from Milk and Cake Press. One of her collections, The Scottish Café, from Slapering Hol Press, was re-released in a dual-language English-Polish version, Kawiarnia Szkocka by Opole University Press in Poland. Her poems appear widely in magazines and anthologies. Recent poems can be found in: Calyx, The Cortland Review, Fourteen Hills, Portland Review, Potomac Review,Rattle, and RHINO, among others. Dr. Case is a Professor and Program Coordinator at the New York Institute of Technology in New York City.