Tony Remington is a photographer and painter who practices many other art forms. Listen to us discuss his humanistic photojournalist style and portraiture, his vision and desire to continue to create in many genres such as cartooning. 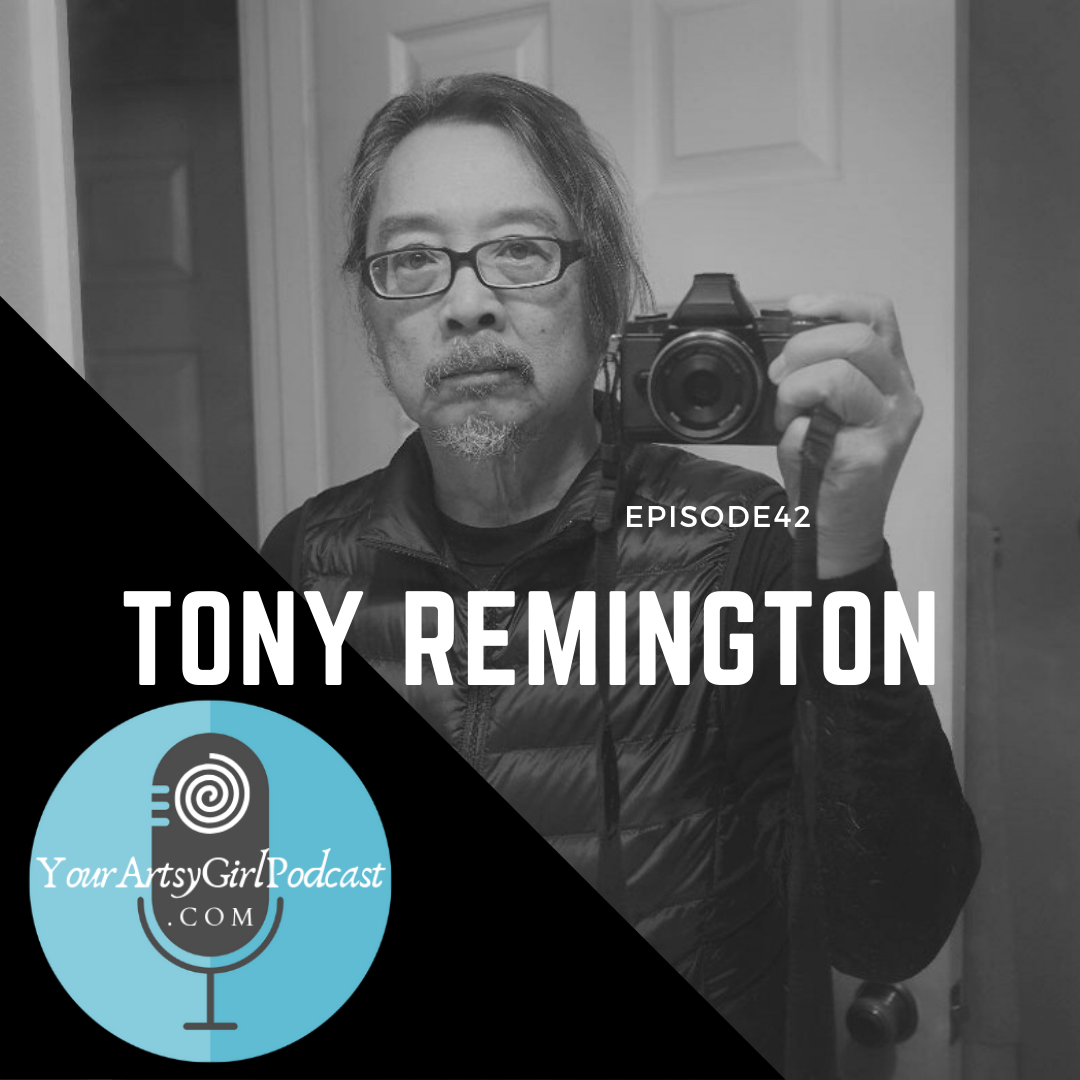 In 1970 he began his life as a photographer, became involved in Ethnic Studies at San Francisco State College, and developed an interest in Eastern Philosophy.

Upon leaving college and after completing his first major photographic essay in the Philippines, he began his work in the post-International Hotel community of San Francisco with poet/activist Al Robles and poet/social worker Presco Tabios. It was here working as food delivery person for home-bound seniors in a makeshift re-established post "Manilatown" he photographed the "Manongs" from 1977 to 1981.

The bulk of his economic life span included odd jobs such as handyman carpentry, but most notably to commericial photography, working 15 years as a commercial digital product photographer for two prepress/printing companies.
The mainstay of Tony Remington's vision is rooted in his ongoing body of work as a social realist photographer. This influence formally began to transfer into his paintings in 2017 as the official artist of the Manilatown Heritage Foundation's 50th Anniversary of the International Hotel Eviction of August 4.

In his own words "I believe in a deeper indigenous sense of continued spiritual evolution."