Listen to me and Luisa Kay Reyes discuss how she got into writing, her many other talents such as singing operatic and classical music, playing the piano, and the many languages she speaks.  We also talk about the lost art of letter writing. 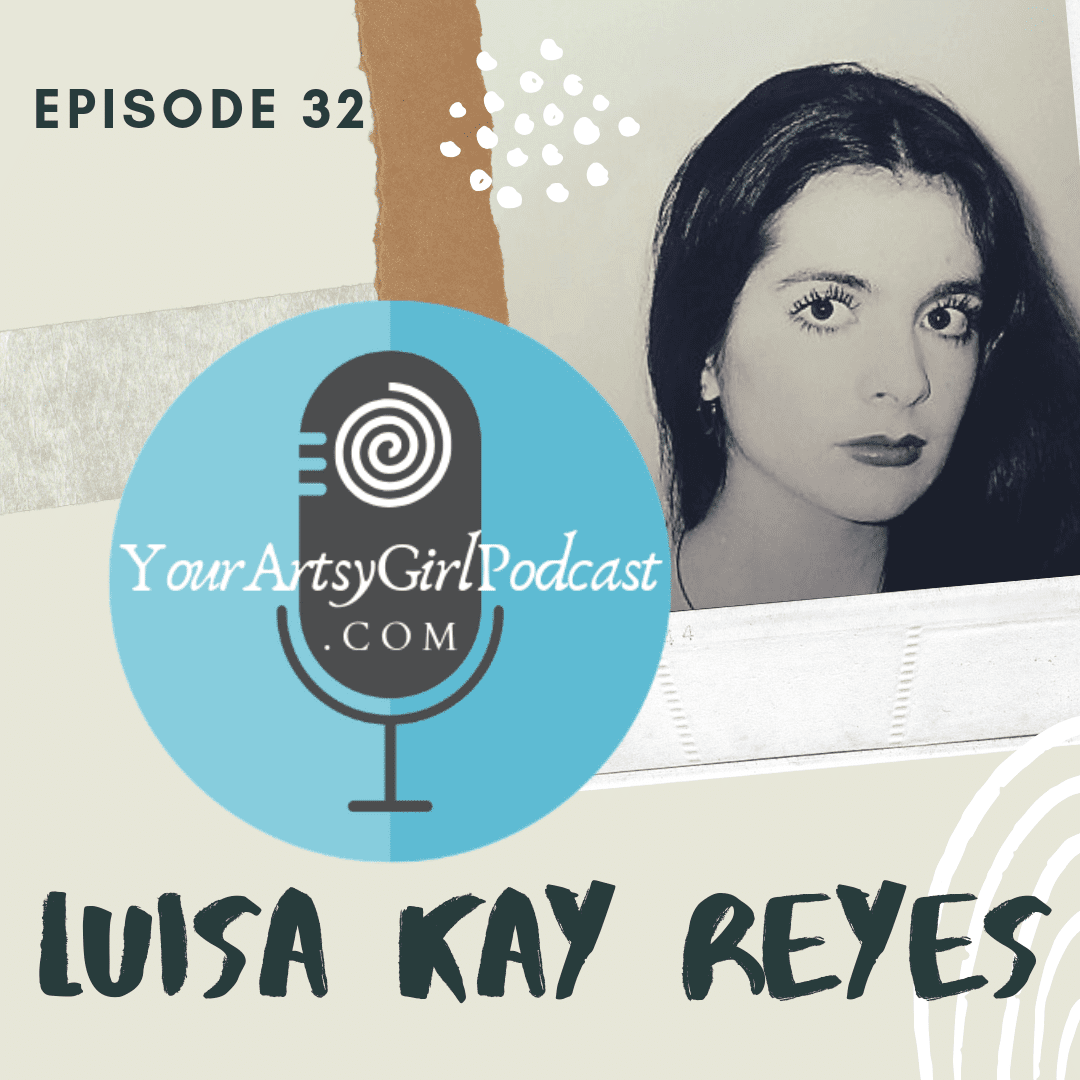 As we walked into the empty breezeway of this Spanish Colonial style building that was set off of the main plaza of a rural village in Michoacan, Mexico, the sole gentleman standing there pulled out a very dusty and rickety small wooden table from the back corner along with an equally flimsy small chair and set it out in the middle of the foyer for my father.  Who promptly set his dark colored cloth bag full of Mexican currency on the top of the table. And as soon as I turned around, what had merely a second before been an empty outside corridor styled with the traditional Spanish archways, was now filled with a long line of working men who were eager to change their U.S. Dollars into Mexican pesos.

It was a most exposed way of changing money.  Causing my mother to not unjustly worry about the safety of my brother and me as we were visiting our father during the summer and accompanying him while he conducted his in person money exchanges.  With it being the early 1990s and the use of Western Union, Mejico Express, and other means of electronically transferring money internationally not yet in vogue along with the reticence of the mainstream banks to change dollars in a land where counterfeit movies, music, knock-off purses, and fake sterling silver jewelry could be easily purchased at any weekly street market; there was a great demand for those willing to undergo the inherent dangers and risks of such an enterprise.  And my father happened to be one of them.

With our proud to be an American side of the family comprising of teachers and professors who were highly educated but receiving at best average compensation, the mass quantities of U.S. Dollars being changed into pesos that day were a first for my brother and me.  For we had never beheld so many bills even during our periodic long drawn out Monopoly games. Yet, as the line continued increasing with the men continually bringing their dollars to change, it soon became evident that while the U.S. Dollars flowing through that day would never run out, the Mexican pesos that our father had brought with him for the exchanges - might.

Once the glamour of seeing so many dollars in one place wore off and the day evidenced that it would be a sizeable one, my brother and I ventured out of the breezeway into the village’s central plaza and looked around for what treats we could find to eat.  We were deep in the heart of Mexico in the region that had once housed the mighty Purepecha empire, but with Michoacan being a primarily agricultural state, the current necessities of making a living had commanded many to go up to “el Norte” and figure out how to send their dollars back home.

While every year hundreds of millions and perhaps billions of monarch butterflies migrate up to three-thousand miles from Canada and North America to their winter homes in the oyamel fir trees of Michoacan, over time it became apparent that they weren’t the only entity undergoing such a lengthy journey.  For the next time my brother and I went to visit our father in Michoacan, his money exchange business was now a brick and mortar one with several branches operated by his siblings throughout the area.

“Why doesn’t Mexico just use the dollar as their currency once and for all?”  I asked my father. For it certainly seemed like a much simpler option than this continual hassle of changing money back and forth from dollars to pesos and vice versa.

“Well, that’s what I’ve always said” was his reply.  “But it is better for me that they don’t.”

Then late one night we went to meet with some city officials who were wanting to buy some dollars for the city treasury.  For with the ever present concern of the Mexican peso undergoing further devastating devaluations, even the city was deeming it expedient to have some dollars on hand. And my father’s business was in a position to sell them some dollars at a better price than the banks could offer.
Now that the money exchanging business was more official with its office in the center of the historic colonial era downtown, lots of money orders, cashier’s checks, and IRS refund checks were coming through the teller windows, as well. Often times they weren’t filled out properly and we would have to draw arrows back and forth between the “pay to” and the purchaser fields. There were also some very wrinkled diminutive peasant women covered in their native shawls among the clientele now who were coming through with thousands of dollars worth of money orders, the result of five or more sons sending their earnings back home. The locals informed us that Michoacan had reached the point to where there were more people from Michoacan living in the U.S. than in Michoacan, itself.  And the rural villages that we used to go to with our father, were now devoid of men. Since all of the able-bodied males from the ages of twelve to fifty were in the United States working. We actually missed getting to explore some of the outlying villages like we’d done before, although, sometimes my brother was able to accompany the security guards to some of the more remote branches.

Why the banks were so hesitant to enter into the money exchange business was a bit mystifying for my brother and me.  Since after seeing so many dollar bills come through, it was quite easy to spot the counterfeit ones. There was just something a little bit off about the swamp green ink color or the thickness of the paper not feeling quite the same.  Yet, one time, my brother took back a counterfeit bill to the States. And after eating at a restaurant, he decided to see if he could get away with using it. Sure enough, the friendly server accepted the bill without question. And fearing that she might receive a reprimand if her boss were apprised of the fact that she had just accepted a counterfeit, I insisted we tell her to bring it back and let us pay with the real money.

She didn’t want to do so.  She just couldn’t see how the bill was a counterfeit since she swore it looked identical to the real thing.  But, after a while, we convinced her to let us pay with the real money and still a bit puzzled by it all she reluctantly accepted to make the exchange.  Admitting to us that she simply couldn’t tell the difference between it and the real money.

Having more employees in the money exchange business meant there was less for us to do during our summer visits.  So my brother and I got to indulge in a lifestyle barred from us in the USA, that of spending the day in the country clubs and fine dining in the evenings.  Yet one time I decided I wanted to save some of my money to buy a new cd player. A notion for which I was quickly called to task, since my father felt the money he gave us to spend during our visits was for us to have a good time.  So, while I still managed to save back some and make my purchase when we went back to the States, I did learn to spend the money freely. A lesson I learned perhaps too well.

Then one day while I was in college and driving to my local bank in Tuscaloosa, Alabama to deposit my refund check from the U.S. Treasury, I held it up and stared at it in disbelief.  I knew that getting a refund back was far better than owing money and going on an installment plan to make monthly payments to the IRS. But I couldn’t help but stare at its pale yellow background emblazoned with the statue of liberty on it.  Since I was all too familiar with these checks. They were the ones I’d seen the peasants cash back in my father’s business in Mexico. And somehow it had never occurred to me that I would one day receive one of those, as well. But upon glancing at the amount, it occurred to me that I had a lot more work to do before I could match their sums.  And now I understood first-hand where they came from.